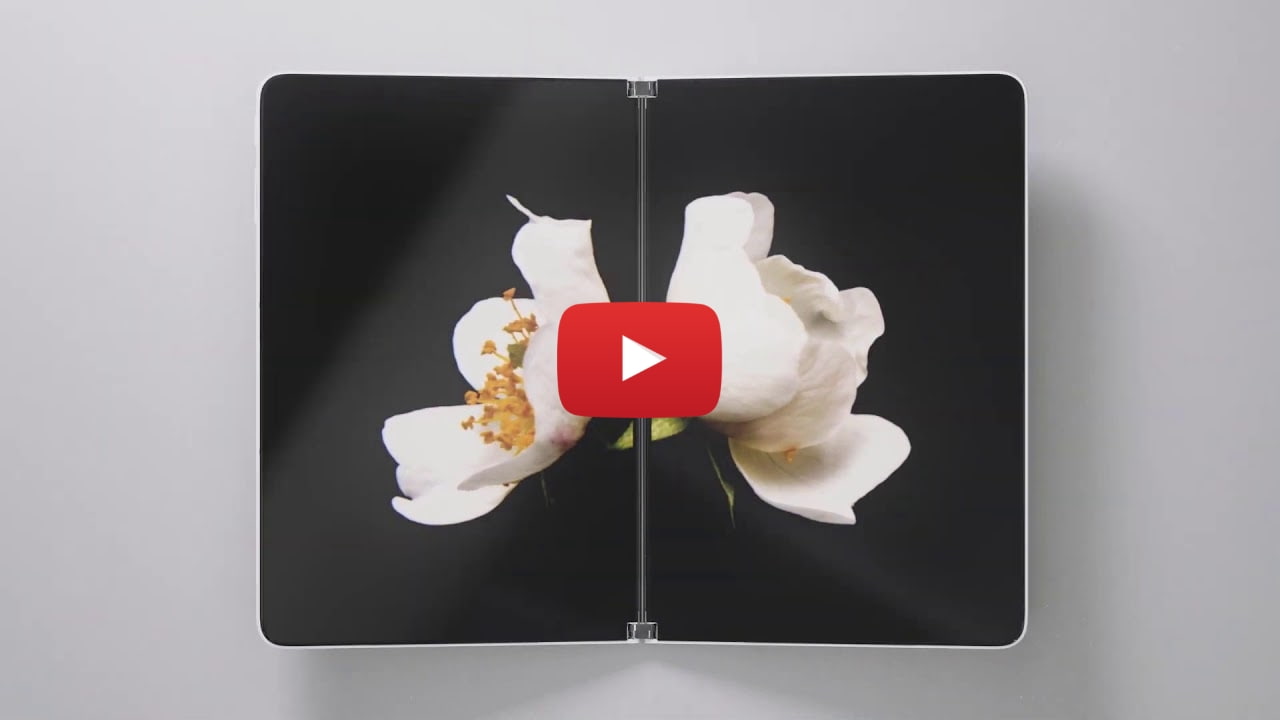 With Surface Neo and Surface Duo we are introducing a new category of dual-screen devices designed to help people get more done on smaller, more mobile form factors. Today, people carry PCs, tablets and phones because each device performs a specific task well. Each screen does something we need when we need it. But these devices are limited with what they can achieve when you must switch between apps on a single screen or switch between screens altogether. When that switching happens, we break our focus. We break our flow.

Surface Neo:
Surface Neo is dual-screen device built for productivity on Windows 10X, an expression of Windows 10. A 360-degree full-friction hinge connects two 9” screens, enabling Surface Neo to adapt to whatever posture you need in the moment. When you open it you have a full-size 13” display in the thinnest LCD in its class. It’s built for productivity and multitasking like a true PC would be – running full productivity apps, with a removable keyboard and compatibility with Surface Pen and Bluetooth mouse.