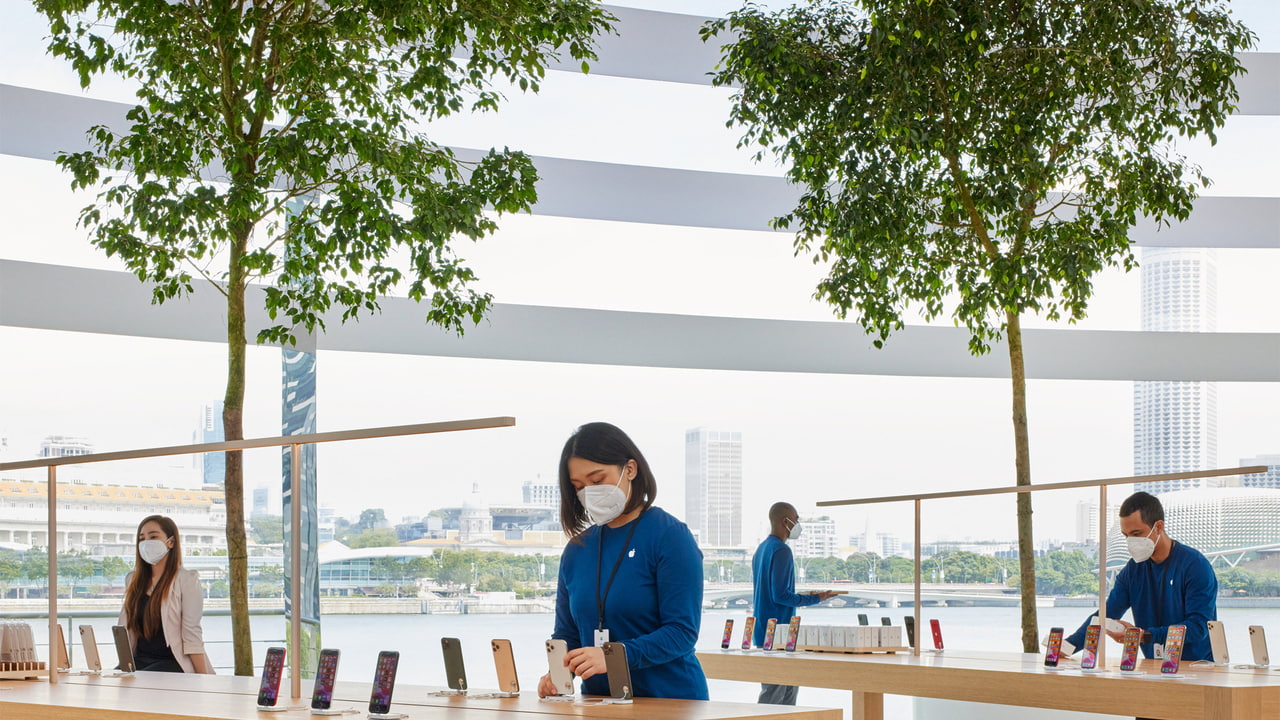 Apple is planning to drop the mask requirement at Apple Stores for vaccinated customers, according to a new report from Bloomberg.

The technology giant has begun informing retail employees of the impending change in impacted markets, according to people with knowledge of the matter, who declined to be identified discussing policy changes that haven’t been announced. The change will go into effect as early as Tuesday, and employees have been told that they won’t be required to ask customers for verification of vaccination.

Despite the change for customers, Apple still wants its retail employees to wear masks. However, a recent memo sent to corporate employees says that face covering requirements will be dropped at some of the company’s U.S. offices.