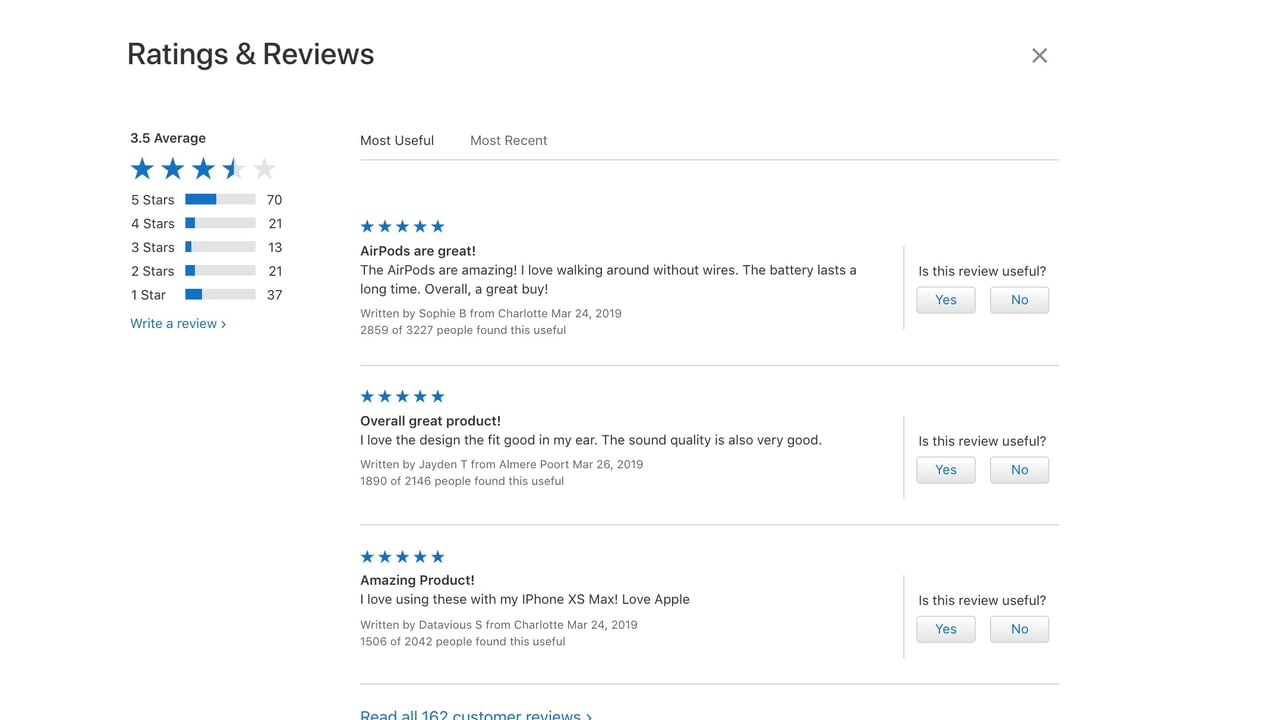 Apple has removed all customer ratings and reviews from its online store. AppleInsider reports that the change occurred around November 17th.

AppleInsider received a tip from a reader who had noted the buyer review section was missing on Apple’s online retail store page. The user also pointed out that the pages have been removed from U.S., U.K., and Australian Apple online stores, which suggests this is not simply a mistake, but rather an intentional move on Apple’s behalf.

It’s unclear if Apple removed Ratings and Reviews in order to revamp how they work or whether they’re gone for good. Reviews on the Apple Store were often more negative than reviews at other retailers, but at least it was a place for customers to share feedback with Apple and other customers.