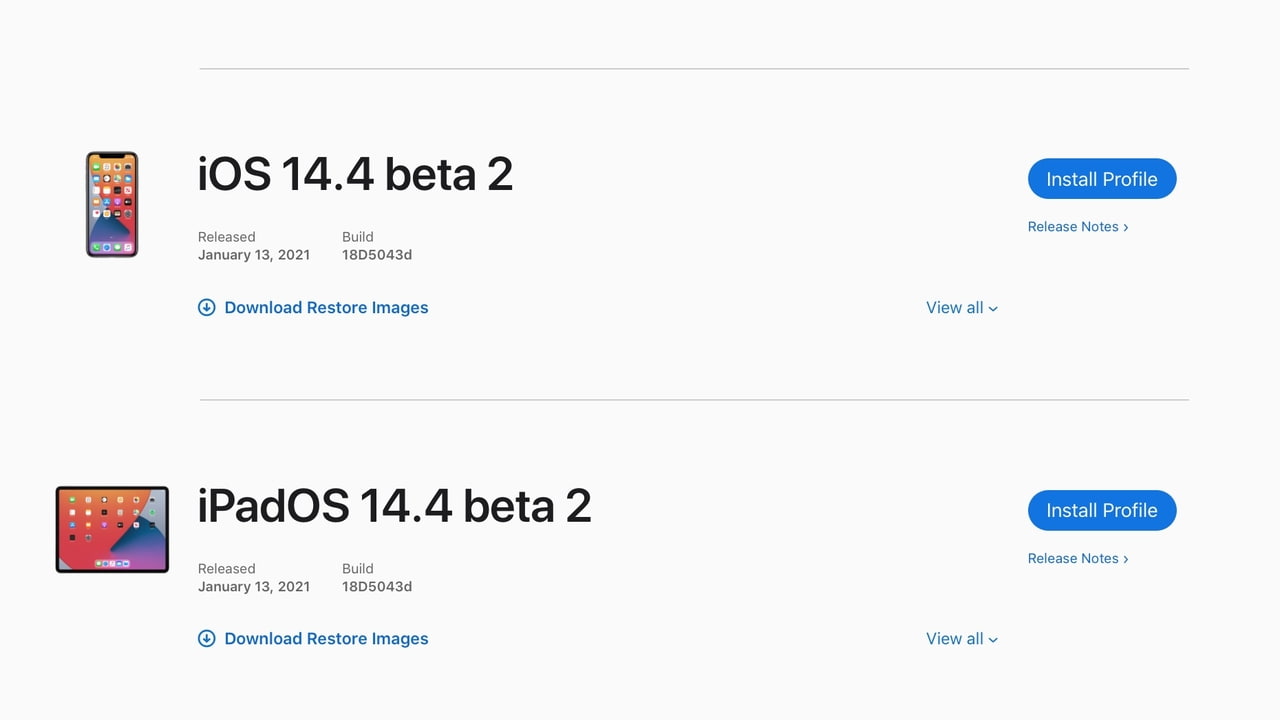 This beta version of iOS 14.4 contains bug fixes and improvements.

We’ll let you know if any new features are spotted.