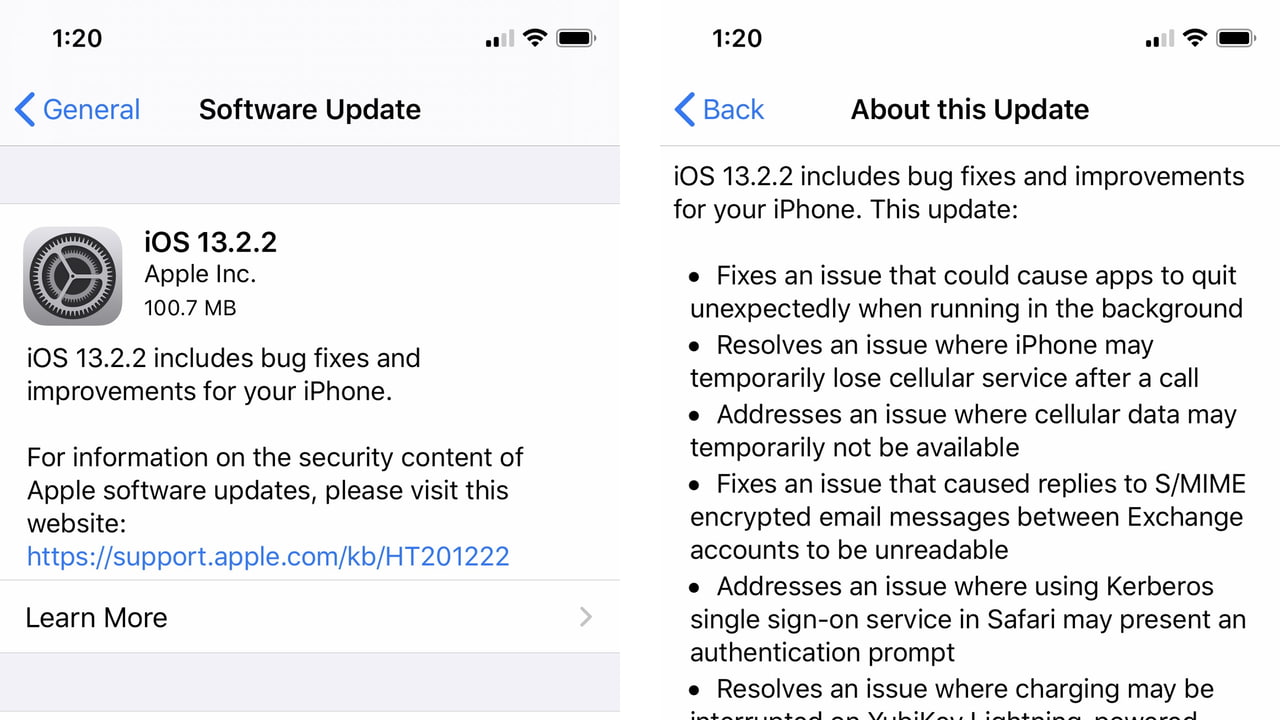 Apple has released iOS 13.2.2 for the iPhone, iPad, and iPod touch to fix an issue that could cause backgrounded apps to unexpectedly quit.

iOS 13.2.2 includes bug fixes and improvements for your iPhone.